The gun argument is already dead, here’s why. 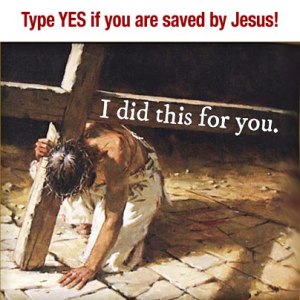 Besides being a place where I’m told to ‘like’ a photo of Jesus or God will kill a puppy, Facebook is the number one place I go on the Internet because, as science tell us, I’m an idiot.

While the fact that Facebook annoys roughly 98.7% of its users at any given moment is a great reason for a future (and past) HAFB post, it’s not the reason I’m writing this today.

I’m writing this to talk to all my friends on the left about gun control. But not in the way you think I’m going to.

I’m writing this to say, calm the fuck down and let’s leave the right’s guns alone. Not just for now, forever.

Those of you who kind of know me are thinking, “What the hell? This is the last thing we’d expect from you. Your heart bleeds like a stuck pig.”

Those of you who really know me are thinking, “Holy crap he’s drunk out of his mind and likely typing this naked.”

Look.  I’m not drunk (but I am naked) and I’m still the liberal you’ve come to know and love.

Anyway, we have a lot of guns.

Obama, the House and the Senate (not to mention the Supreme Court) aren’t going to pass any laws in the coming months or even years outlawing guns.   They’re not.

Guns, my friends, are here to fucking stay.

So what are they, the government, going to do?  Who knows?  An assault weapons ban is my guess, but more likely it’s going to be more restrictions on who can buy weapons and how they can be bought.

I can’t put that into terms that are clearer with any less swearing.  It’s bullshit, plain and simple.

Most people who own and buy guns are — get this folks — law-abiding citizens who will sigh and endure whatever extra steps the government puts into place before they can buy their next gun.

Then, and here’s the fun part, there will still be an unknown (or 220 million, you pick) number of guns in America.

What I’m trying to say is — the barn door has been opened but the cat has left the bag and the building is still devoid of Elvis.

Even if we, through some miracle I cannot fathom, amend the constitution, there’s still a crap-ton of guns out there. Even if an amendment is passed and the efforts of the U.S. government and the people are monumental in turning in guns – we’re still fucked because there is a shit-ton of guns.

The cliché at that point becomes true: When guns are outlawed, only outlaws have guns.

You know why most other westernized (a bullshit categorization if ever there was one) nations have very small amounts of gun violence? It’s because, wait for it, they never had 220 million guns in the first fucking place.

None of this says anything about the percentage of the population that takes the statement, “you can take my gun from my cold dead hand” into account … at least a percentage of the people posting that on Facebook or their rear bumper mean it.

If you think 26 dead at a Connecticut grade school was bad, oh boy are you in for an eye opener. These diehards will make that look like a trip to Disneyland.

Why do I say that? How can I say that with such certainty?  Can I offer you 220 million reasons why?

Look, as I said, I am a liberal crybaby of the highest magnitude. I am. I do someday want to see an America (mostly*) free of gun violence, and I fully realize that the only way to do that is to get rid of guns. But it will have to be cautious, rationed steps that get us there.

And here’s the nut of the problem, it’s has to be a solution that gun rights advocates agree to also. Any other solution is dead, dead, dead.  Kinda of like those kids, dead is dead after all.

There is a segment of the population that feels they need a gun in their homes for protection. I disagree only because statistically said gun is much more likely to cause the owner harm than save him, but again there are 220 million fucking guns out there.

I, at least, see and understand the logic, I disagree with it, but I do see and understand it. I won’t have a gun in my house because statically I’ll more likely be shot by my wife during a spell of extraordinarily bad beer farts, than not. But again, your risk. If you feel safer with a gun in your house and you’re a responsible owner, more power to you.

Hunters have no fear. I know your kind and I love you all like brothers. I’ve never hunted a day in my life but I’d hunt if you’d take me tomorrow.

Hunting, not prostitution, is the oldest profession. It’s not today, not tomorrow, not ever, in danger.

Here’s the deal my lefty friends, and here’s my point my right-leaning buds: The problem will literally take care of itself.  More of these school massacres and more and more of you will come to the table to discuss this without the teeth gnashing and the political yelling. The founding fathers couldn’t have envisioned smokeless powder, let alone assault rifles, and there’s nothing well-regulated at all about untold numbers of lead-spitting tubes out there.

We will come to terms. Those of you who insist on keeping a handgun at home

will be able to, those of you who enjoy hunting will (as always) be able to continue hunting, and eventually the number — slowly mind you and not in our lifetimes — of weapons on the street will diminish.  Technology, we can hope, will play a role but I think it will be more a matter of our society shifting slowly in that direction. No one needs an AR-15 but, if they enjoy firing one as a hobby, surely there is no reason they cannot check them out at the local firing range before use — and of course check them back in when finished?

Maybe the people posting thing such as “like if you love Jesus, scroll past if you don’t,” have a point.  Perhaps these 1217 words would have been better spent with a simple photo and a catchy phrase, but fuck if I can tell what those words would be.

Finally, to anyone left of the well, left still reading this, we were on the cusp of some really, really big victories. Gay-marriage rights are on the table. Making Obamacare better is on the table. And we’ve pushed Boehner’s back so close the fiscal cliff he is asking us to hold his fucking hands for balance. With a disjointed GOP, let’s not spend the political capital we have right now on gun control. We might as well buy a shit-ton of lottery tickets.