If that dog so much as blinks, I’m snagging that umbrella

Okay bullcrap.  If he valued his damned umbrella so much he’d HAVE IT OVER HIMSELF.

Dear homeless man, here’s some help climbing aboard the clue train.  First stop, why animals have fur and why humans invented umbrellas.   See in the wild, dogs (wolves) get wet everyday! They have this hair ALL over them that protects them and makes it OKAY.   We, long ago, discovered that getting wet sucks because we don’t have hair all over us (well most of us don’t) and some goddamn genius invented the umbrella to protect us from the rain so that we don’t get sick and/or have bad hair.  Besides I bet you could get like $10 for that umbrella on a day like that and $10 would buy beer.  Then you, and the dog, will still be wet but you won’t care (and the dog never cared) because you’ll have beer.

You gave a shit enough to make this fucking sign though …

Again pure, distilled and fermented bull.   You know who else didn’t give a shit, the guy in the photo up above and look at his situation.   He’ll likely be trading sexual favors for drugs later on tonight but he doesn’t give a shit.   Life is a thousand times harder when you don’t give a shit and a thousand times easier when you DO give a shit.  You know who gives a shit?  Bill fucking Gates gives a shit and that man that asked you for spare change last Friday so he could get drunk buy food doesn’t give a shit (except about getting drunk).  Which of those two people has a better life …  I know, I know the drunk guy.  Fuck you.

You see everquest was SO much better because …

Don’t you think your little Facebook game has gone off the deep end when the bounty of someone is LARGER than the GDP of THE WHOLE FUCKING WORLD?!?!?!   What the hell did Hobo Ella even do that every nation in the world is ready to collapse their own economy just so you would FINALLY kill her.  Besides if she’s worth that much isn’t about damned time she changed her name from Hobo Ella to SUPERFUCKINGRICHANDAWESOME Ella?  I’m thinking if we’re nice to her she might get that moon base that Newt Gingrich has been talking about off the ground.  And what the hell are YOU going to do with all that money besides crash the world’s economy I mean.  Don’t get me started on you Farmville people.  Don’t you all know that Facebook is for seeing if your ex got fat and for spying on your kids … Jesus.

If you ever posted this to your Facebook feed and are A: older than 17 or B: heterosexual and male contact me immediately.  I wish to study you. 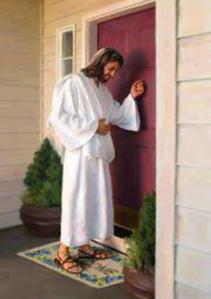 Snarking on Jesus is funny … he told me so.

I don’t even know where to start with this one.   Mostly they have a tag that says, “will you let him in?”  Hell yes I would, he can even have the last beer if he wants it but SO WHAT.  He’s GOD.   Dude walked on water, turned water into wine and did a bunch of other crap why does he need me to let him in.   Can’t he just ‘jesus’ his way into the house?   I’m trying to watch Simpson’s reruns.  Posts like this are the reason there are fights on numerous message boards across the net.  This is the very reason that every internet fight devolves into someone being compared to Hitler.   If you post this in your feed you’re the reason that someone had to start a POE wiki … Also he is God can’t he modernize his clothes? 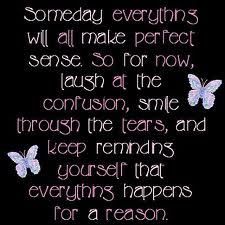 I promise you no man read the entire thing up above.   I didn’t even read it and I cared enough to copy it out of Facebook, uploaded it here and am about to write a (grammatically incorrect and largely incoherent) paragraph about it.   Ladies, because let’s be honest only ladies post this crap, men never read this shit.  That long ass card you got us for our anniversary or birthday or national boob appreciation day, we didn’t read that one either.     We don’t.   We stare at it constantly asking ourselves if we can stop pretending we’re reading it yet.  Generally we take some sentence in the middle and read it just in case you ask a question.   Her, “Didn’t you just love the part about beaches?” she’ll ask.   We’re just going to spout off the random crap we DID actually read back to you so you THINK we read it.   “Sure did honey but I really found the part about love being a never ending circle like our rings very special.”   It’s total shit I know but we’re all just hoping for blow jobs with minimal effort.  Amiright?